Retirement is considered a rite of passage at a nominal age in developed countries including the US, Canada, Australia and the UK. However, there is growing international concern that people are living well beyond 'retirement age'. Consequently, there have been strategic shifts in government policy worldwide to increase workforce participation of older workers.  Therefore, the number of individuals presenting with signs and symptoms of a dementia whilst still in paid work is also likely to increase. Meanwhile many employers and their HR representatives consider they are ill-equipped to both recognize symptoms of cognitive decline in the workplace; and address issues associated with managing the impact on workforce participation when a worker experiences onset and progression of dementia.

You will learn organizational policy and practice implications and strategies for:

If you have been provided with a Record ID through your organization, please update your profile before enrolling in a course. In order for your certificate to be issued, your profile needs to be up-to-date prior to your enrollment.

If you are having any issues, please contact [email protected] 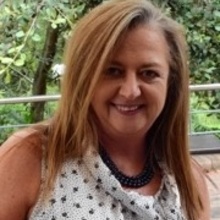 Catherine Andrew is an Occupational Therapist teaching in the Bachelor of Occupational Therapy program at Southern Cross University, and PhD candidate, University of Wollongong, Australia. Since graduating in 1984, she has worked across a range of clinical settings in Australia and USA. She has specialist qualifications as a registered occupational therapy driving assessor and in 2014, co-authored the Dementia and Driving Decision Aid. Catherine is a certified practicing ergonomist with extensive experience in workplace injury management. She is currently undertaking research with people living dementia to identify enablers and barriers to extending workforce participation and supporting the experience of transitioning to retirement.This program is pre-approved by VRA Canada for a 1 hour training session
Enroll for Free